As a comtemporary ikebana style, Free style is not limited to the home. Free style can be appreciated during ceremonial occasions, at  large events, on the stage, or in a show window. Free style has no rules governing its arrangement. Spaces and situations where the creativity of Free style can be enjoyed are unlimited.. 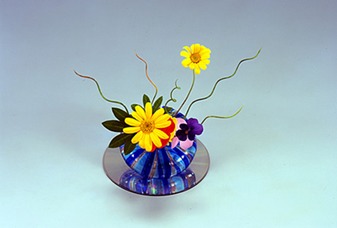 Shoka is dividied into two main styles. Shoka Shofutai is the traditional form and Shoka Shimputai the contemaporary verion of this style. 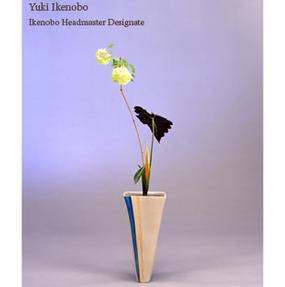 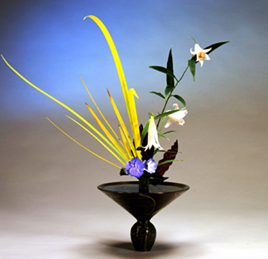 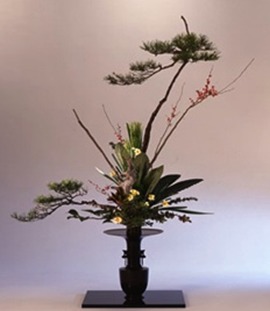 The Ikenobo School has three main styles: Rikka, Shoka, and Free Style. Within each type there are numbers forms, some traditional and some modern. 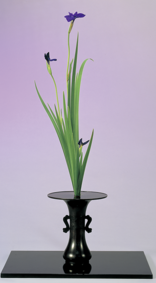 Rikka (立花 standing flowers)is a style developed as a Buddhist expression of beauty of nature. In the traditional form, it consists of 9 branches which represented hills, mountains, water falls, and other elements found in nature. Rikka is divided into two main styles: traditional style called Rikka Shofutai and contmeporary version called Rikka Shimputai.